And the sun shone too!

We celebrated our 34th wedding anniversary with a weekend on the shores of Loch Fyne. It was a last minute booking and the destination was a surprise for my fellow celebratee, who showed her appreciation by christening our room the Ann Frank suite because it was in the attic and rather sparsely furnished. Fortunately the superb food, magnificent views and cheerful and attentive staff at The Creggans Inn made up for any shortcomings in the accommodation, my bacon was saved and we had a wonderful time.

Creggans is just north of Strachur on the Cowal peninsula, which is one of Scotland's hidden gems, with a scenic grandeur that can hold its own in any company. On the Sunday we took a drive down towards Dunoon, with a vague notion of visiting a botanical garden on the way. It turned out to be a great decision because the road was full of awe-inspiring vistas and we ended up spending hours at Benmore, which is linked with the Royal Botanical Gardens in Edinburgh and is less garden than 120 acres of exotic flower and wildlife filled forest full of exotic trees and plants scattered across an Argyll mountainside. I'll let the pictures do the rest of the talking.

The inn was once run by another enigmatic British hero of the Second World War. Scottish aristocrat Sir Fitzroy MacLean served as a diplomat in the 1930s and witnessed Stalin's purges during his time at the embassy in Moscow. When war broke out he resigned his position and joined the Cameron Highlanders as a private. By 1941, he'd been commissioned and a year later he was dashing about Libya with the desert pirates of the SAS with a direct line to Winston Churchill. In 1943 Churchill sent Maclean to Yugoslavia to liaise with partisan forces there. His instructions 'were to find out who was killing the most Germans and suggest means by which they could kill even more'. Controversially, he decided that Communist forces led by the then little known Tito were a more effective fighting unit than the Royalists, and against great opposition he persuaded Churchill to arm them. 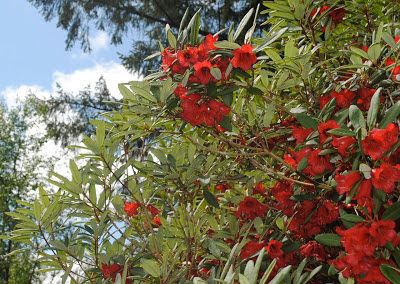 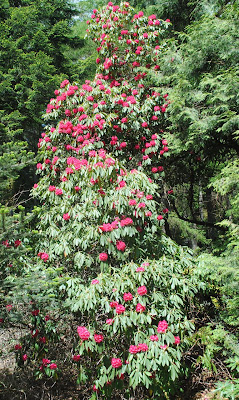 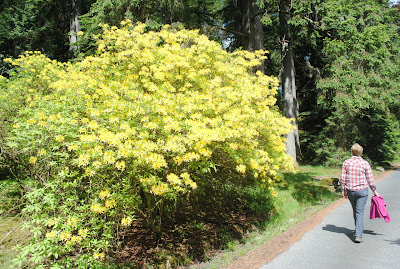 Oh and the sun shone. There's a novelty to be savoured in a Scottish June!
Posted by Doug at 08:36 2 comments: