I've just pressed the button on the latest rewrite of The Doomsday Testament and I have to admit to a sigh of relief and reaching for the nearest wine bottle. It was the toughest writing assignment and the tightest deadline I've had since I started writing full time.

A few weeks ago I did a blog on the impact a copy editor has on your books and I had quite a few comments either through the blog or on Facebook. A few of them were a little mixed up about the various stages a novel goes through, so I thought this week I'd try to explain the difference because I think it's important for anyone being taken on by a publisher, or who's considering self-publishing their book, to know.

Once you've completed the first draught of your novel and struggled through all the emotions and doubts that go hand in hand with the process you'll want someone to read it. Maybe it's a friend, maybe it's your agent, but if you have a publisher it will be your editor. You may think you've written a masterpiece (though I haven't met a writer yet who ever does), you might think it's got more holes than a Swiss cheese; whatever your opinion, your editor's job is to make it a better book.

For The Doomsday Testament my editor suggested improvements in three major strands of the novel: the bad guys, the love interest and the fact that I'd given my characters a rest in the middle section. It meant taking an overview of the whole book, removing entire sections and writing in others, all of which changed the dynamics, introduced new personnel and affected the way the characters thought and felt. It turned out to be a major, mentally challenging job that affected about seventy-five per cent of the novel and I still don't know if I got it right. Would I have put that amount of effort in without the encouragement of an editor whose judgement I've learned to trust? I doubt it. I knew the book wasn't quite right, but I would have tinkered with a passage here and a character there and felt I'd done a great job. 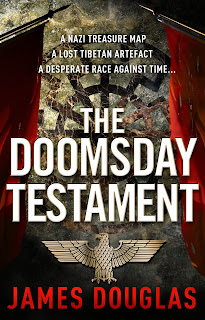 I think that's the fundamental difference between an author who self-publishes and one who has a publishing deal and one that every writer should consider if they're faced with the luxury of choosing between an established publisher and going it alone. There are a lot of great self-published books out there by committed, talented authors, but how many of them would have been even better with the support of an editor? Unless you're very fortunate you won't have someone with that sort of experience,  professional detachment and stake in the end result willing to encourage you to push it on to the next stage, and the one after that. It's like a trainer working with a sprint athlete to knock another tenth of a second from their time.

The next stage in the process is the copy editor, whose input I covered in Mistakes, I made a few   a month ago. The copy editor looks at the minutiae and the actual writing, saves you from your mistakes and tightens things up. After that it's down to the wire and the proof-reading stage, which a few people have confused with editing. A proof-reader's job (two work on my books) is to spot mistakes and typos. While all this is going on I'll be working on the manuscript in tandem with them, making my own cuts, changes and improvements. The end result, hopefully, is a book that's as good as we can make it.
Posted by Doug at 06:19 4 comments: