In search of Rome's greatest general

When I began thinking about the subject of the third novel in the Gaius Valerius Verrens series, my first object was to get Valerius back into uniform. In Hero of Rome he had been the rather immature young Roman officer of a type that was certainly common throughout the Empire’s armies, but a man forced to grow up quickly in the balefire of Boudicca’s rebellion. It turned out that he excelled at warfare, and I knew I’d taken a risk in making Defender of Rome a much more nuanced, political novel of betrayal and intrigue.

Judaea which was just coming to boiling point in the mid to late 60s AD seemed to be the natural environment for the new novel, but during my researches for the earlier books I’d come across an intriguing figure, General Gnaeus Domitius Corbulo. At the time, Corbulo was Rome’s most successful general; better known than Suetonius Paulinus, conqueror of Boudicca, and even the future Emperor Vespasian. He was also hailed for his loyalty to his Emperor; even Tiridates, King of Armenia, whom Corbulo had twice defeated, told Nero that he had no more loyal commander.

So why did Nero order his most successful and loyal soldier to commit suicide, an order Corbulo complied with because the alternative was the disgrace and impoverishment of his family? That, I thought, was a question worth trying to answer. So in Avenger of Rome Valerius takes ship for the east, and Antioch, where Corbulo rules almost as an Emperor in his own right. Yet I very quickly discovered I had a problem. By the time Valerius reaches Antioch, Corbulo’s campaigns in Armenia and Parthia had been fought and won. Where was the great battle I knew had to be at the heart of this book?

After debating long and hard over the ethics of rewriting history, I decided the answer was to take the political situation in Rome and the east and create a crisis; a plausible crisis that the events of the time could very easily have created. This in turn would lead to a battle that I would have to create from scratch in my imagination. The first question was: where would it be fought? It could have been a huge dilemma, yet my first check of Google earth in the utterly remote region where the armies would meet presented it to me on a plate. The perfect place to fight a defensive battle against huge odds. A place I call the Cepha gap. It seemed impossible, but there it was, this narrow valley running through the mountains, the perfect highway for an invader and a dagger into the heart of Armenia. Valerius had his battle, and I had my book.
Posted by Doug at 07:17 1 comment:

Lift off for Avenger of Rome

To Blackwells bookshop in  South Bridge, Edinburgh, for the launch party for my latest Gaius Valerius novel, Avenger of Rome.

After I'd thanked everyone who's supported me in true Oscar fashion, I gave a short talk about how and why I write, introduced the novel and gave a reading. Afterwards I took about three times as many questions as I was expecting, which is always a good sign, and then spent half an hour signing Avenger of Rome hardbacks and copies of The Isis Covenant, the new thriller by my alter ego Mr James Douglas.
Many thanks to Blackwells for organising another great event. 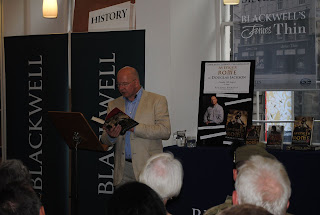 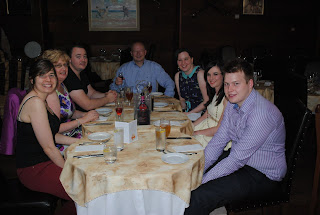 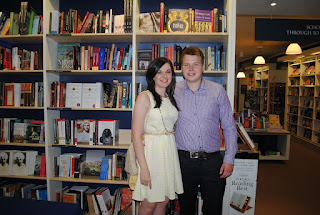 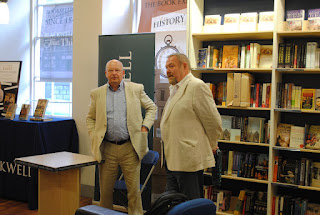 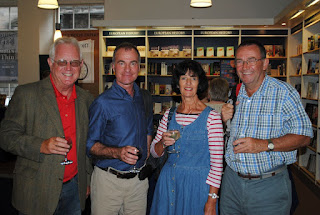 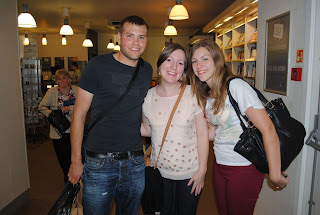 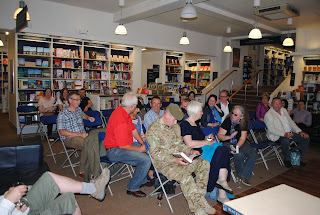 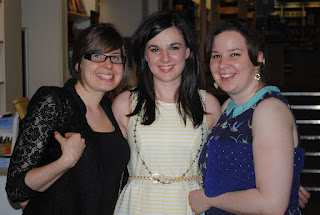 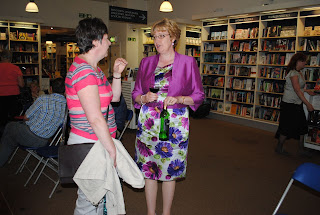 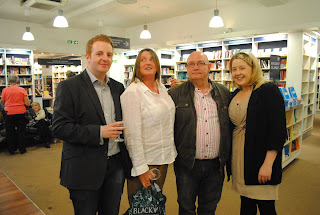 I do love a good book launch

Had a fantastic time last night at the launch of The Isis Covenant when about fifty people turned up at Waterstones in Stirling to help me celebrate the birth of my latest James Douglas book.

Lots of old friends turned up who'd been at all my launches and several new ones who were there for the first time.

We had a few drinks, I gave a short speech - with a special thanks to my wonderful editor Simon Thorogood who's moving on to greater things - and did a reading, signed until my wrist hurt and then it was back to Chez Jackson for a few hours of drinks, nibbles and good conversation. I say nibbles, but my good friend Mr D. Fisher took over the kitchen and produced an array of cordon bleu canapes that would have graced any table at Gleneagles or the Ritz.

Yet another book launched on a wave of goodwill that will hopefully send it into the stratosphere.