A walk near Bridge of Allan

It was a beautiful day in Bridge of Allan, the sun was shining and for once it was also warm. This, I reminded myself, is why you gave up being a wage slave. So I took a couple of hours off and headed for the hills. 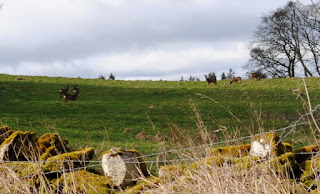 I'd been walking for half an hour and seen a couple of buzzards and a veritable blizzard of Great Tits, but I was just thinking it was odd I hadn't seen a roe deer. Turned the next corner and there were six of them standing in the shadow of the old hill fort. Later I came across the skull of one that hadn't made it through the winter. 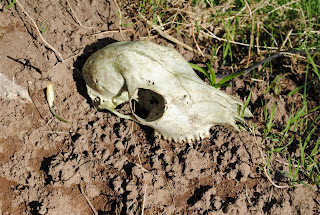 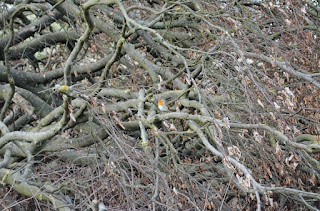 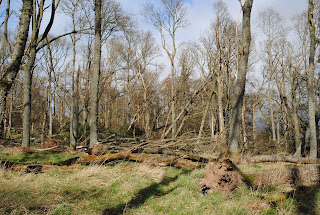 It also brought home the astonishing amount of damage last year's storms had done to the woods. Some parts looked like a World War One battlefield with trees down everywhere and the shattered splinters of some still upright. 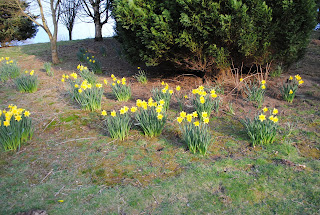 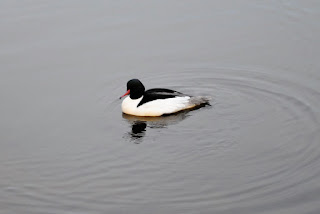 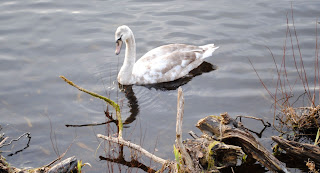 Signed, sealed, but still to be delivered: my new book deal

A few weeks ago I wrote a blog about the joys of working in local newspapers that was based on a photograph I knew I had, but couldn't find. Well, I found it. As you can see I did not lie. We had joy, we had fun, we had seasons in the sun. The gent at the back is my friend Benjie, who went on to a career in the City. The guy at the front is me.

Of course, I needed an excuse to link it to this blog. Well, last week I finally signed a contract to write another five books for Transworld. Signing a books contract is always a great occasion. Not only does it vindicate what you've achieved in the past, it puts money in the bank. It doesn't make me a millionaire, far from it, but it does give me at least a couple of years of security to do what I enjoy doing most: writing books. This contract is to write another three historical novels featuring my hero, Valerius, which is a huge shot in the arm, because not only do I know him like a brother, the world he inhabits is fully formed in my head. There'll also be another two Jamie Saintclair thrillers, which is genuinely exciting and gets me out of sandals for a while. 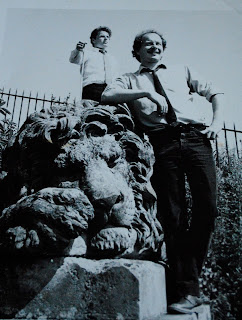 I can remember every contract signing I've done. The first was in the summer of 2007 in a coffee shop near the Jenny Brown Associates office, which was then in Newington, just off the Meadows in Edinburgh. I sat with Stan in a coffee shop full of interesting people, and it was only when I put pen to paper that I realised I was probably the most interesting person there. The second time, we were in the Tun, a pub across the road from The Scotsman, and the contract changed my life, because the day I signed it sealed my decision to give up journalism and become a full time writer. The third was for my first two thrillers, and Stan produced it at the agency's summer party in a tent at the Edinburgh Book Festival. The latest, I signed at my dining room table. Not the most romantic of locations, but hugely significant, because it will take me up to my twelfth novel and by then royalties might not be something that only happen to other people.
It's odd that when I look at this picture now, I see a cheery chap on the cusp of a long and successful career in newspapers, on the brink of creating a happy family. Yet at the time I know he was angst-ridden and confused and feared he'd be trapped in his present job forever. He also worried he was fat. The one thing I guarantee, though, is that if you'd told him that in thirty years time he'd be where I am now, he'd have been a very happy young man.
Posted by Doug at 01:24 8 comments: