FLIGHT OF THE EAGLE 14

FLIGHT OF THE EAGLE 14
They were approaching the end of a narrow valley when it happened. What had been open ground where the vale opened out and rose towards the next pass suddenly became a wall of Dacian warriors who had somehow evaded the lead scouts. Bugles blared as Fuscus immediately issued orders for the lead cohorts to move from column into line ready to attack.
Valerius felt a thrill of fear that had nothing to do with the Dacians in front of him. He had been in this position before, at the battle of the Cepha gap when Gnaeus Domitius Corbulo had faced Vologases, the Parthian King of Kings, and his Invincibles. But then it had been Corbulo who was the stopper in the wine skin. He looked over his shoulder to the rear where the legionary column stretched away to the end of the narrow, tree-lined valley and far beyond. The rear guard of the Second Adiutrix must be four or five miles away and entirely out of contact with the expedition’s commander. All around him soldiers were changing position, crammed closely together by the terrain and getting in each other’s way. It was taking an age to reform the legion and every passing second added to the confusion.
And this was the widest part of the valley. They’d entered through a narrow gorge that was now perhaps a mile behind them. Between Valerius and the gorge stood six cohorts of the First Adiutrix, perhaps three thousand of Rome’s finest troops. But the nature of the terrain mean only the first cohort was likely to be contact with the enemy. Decebalus had chosen his defensive position well.
Even as the thought formed Decebalus proved that defence was the last thing on his mind. From the far end of the valley came cries of alarm and fear accompanied by a tearing crash as a dozen large trees fell simultaneously to crush the rearmost troops and block the gorge.
Fuscus looked to Valerius with an expressionof incomprehension on his plump features. ‘What’s happening?’
An image formed in Valerius’s mind. Mars save us! It can’t be. ‘Look to your flanks,’ he shouted. ‘Signaller ...’
But it was already too late. From the heights and trees around them swarms of falx-wielding Dacian warriors poured down towards the disorganized Roman formation. Valerius’s heart froze. He had read about the annihilation of Varus’s legions in Germania and he knew what came next. Yet there was one last thing he could do.
‘Get the eagle out,’ he called to Fuscus. ‘Use the couriers.’ Every Roman legion contained a mounted detachment of a hundred and twenty cavalry who acted as scouts and couriers. A dozen of them were milling around Fuscus waiting for orders.
Fuscus shook his head. ‘No ...’
Valerius took him by the arm with his left hand. ‘We’re finished Cornelius. But you can still save yourself and the eagle. Rome has already lost an eagle and a governor to the Dacians don’t present them with a second.’
‘The eagle can go,’ Fuscus’s voice shook. ‘But I stay with my men.’
‘Aquila to me,’ Valerius roared. ‘Couriers at the ready.’
The standard bearer ran up, his face shining with sweat beneath the leopard’s mask and surrounded by his guard. Valerius dismounted and handed the astonished soldierthe reins. ‘Marcus Aquila. Your duty is to save the eagle.’ Aquila opened his mouth. ‘No,’ Valerius had to shout above the growing din all around him as falxes clattered into helmets and armour and shields. ‘No protests and no foolish sacrifice. Go with these riders. Thehorses will carry you over the slope by the gorge. Hurry.’
The Aquila growled a curse, but one of his guards held the eagle as he vaulted into the saddle. ‘Go well my friends.’ He galloped off at the heart of the cloud of cavalrymen as they carved their way through the confusion towards the end of the valley.
Meanwhile the First Adiutrix was dying on its feet around them. Ten thousand warriors had fallen from the heights and the falxes were carving the column into smaller pieces. The legionaries were brave, they fought well and died hard, but they still died. Died screaming and gutted, or silently like pole-axed cattle, or staring in disbelief as blood spurted from severed arms or legs. The First’s legate and his officers did what they could to rally their soldiers and form some kind of defensive line, but the Dacian charge had smashed in the column’s flanks and they could not control a thousand individual fights.
Fuscus stood at the centre of his bodyguard of Praetorians and stared at the carnage around him.
‘What can we do? Will the other cohorts come to our support?’
Valerius shook his head. He had a feeling that the rear cohorts were most likely fighting for their own lives. ‘All we can do is save our honour.’ He looked ahead to where the Dacian line had stood at the head of the valley. Over a wall of plunging falx blades he saw a single warrior standing on a raised mound surrounded by lavishly dressed courtiers and waving standards.
The Dacian king. 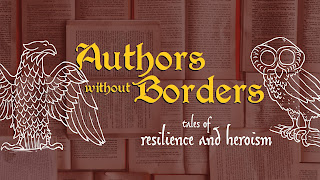